In early 2006 an extensive program of environmental rejuvenation commenced at “Goonamurrah”. Click here to read about evolving Land Care practices at “Goonamurrah” or click here for a video.

In 2011 Ross & Dimity Thompson were recognized for their environmental work, receiving the Champion Primary Producer and Champion Sustainable Farm Practices awards from the Central Tablelands CMA. At the State Landcare Conference the Thompsons were named runners up in the Primary Producer section. They also won the Tablelands Region Carbon Cocky award for 2011.

In 2013 the Thompsons were honored to receive the Jo Ross Memorial Award for contributions towards the environment, awarded by Bathurst Regional Council and the Bathurst Community Climate Action Network. 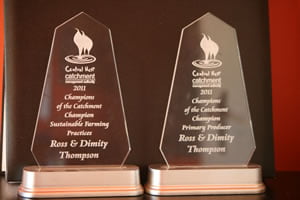 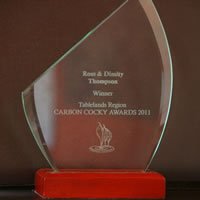