Kingdom aside, G41 has had seven other sons sell to average $20,500. Throw Kingdom into the mix and eight of her sons have averaged almost $37,000. She is clearly one of the big impact matrons of the Angus breed.

Breeders who have used Kingdom appreciate the excellent impact he is having on the structure and style of his offspring. His daughters are receiving great praise for their capacity and structure, ease of calving, excellent udders and the job they are doing on their calves. Expect to see Kingdom behind several of the next generation of AI sires.

Wherever they have been offered, with their sire’s “paper shortcomings” moderated, Kingdom’s sons sell at or near the top of the offering. At the 2018 Millah Murrah sale, a Kingdom son broke the oldest record in the breed, when M192 sold for $34,000 to break the $27,000 mark set for an APR bull in 1991. 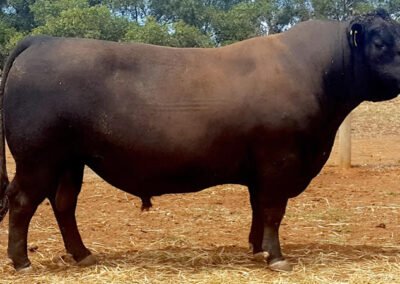 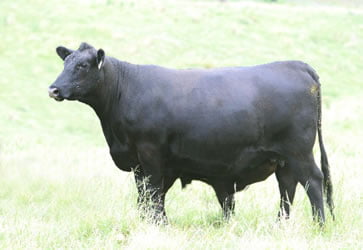 Kingdom’s dam as a two-year-old 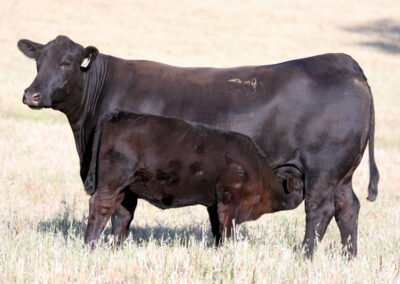 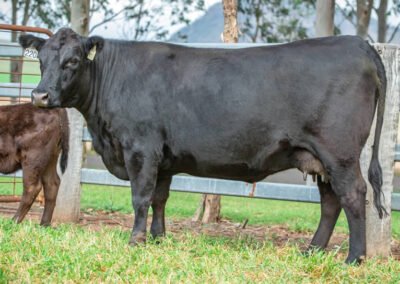 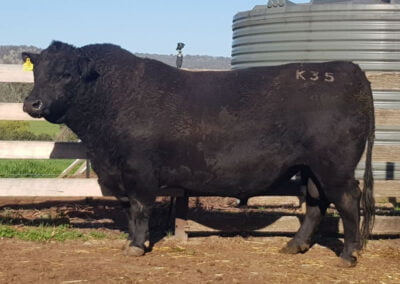 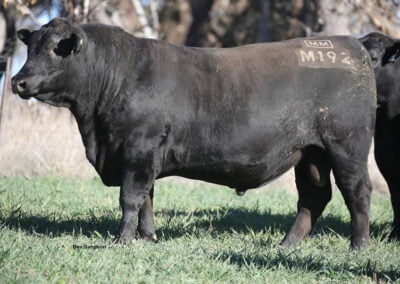 Stop Press: With the Witherswood dispersal, walking rights for Kingdom have been sold to JS Grazing at Injune, Queensland’s premier commercial Angus herd.