Nectar was the youngest bull of the 2018 Millah Murrah sale that set the $15,850, 2nd highest sale average ever for the Angus breed. At $40,000, Nectar was one of five bulls to attain this mark or more, selling to Chris Paterson’s Heart Angus Stud.

In 2017, Nectar’s full brother, Hector M153, fetched $40,000 to Alexander Downs as the 2nd highest selling animal of the sale, despite being the youngest of more than 60 bulls in the long yearling section. M153 carries similar exemplary structure, with a smaller frame and a less impressive EBV package than Nectar.

Nectar carries one of the more extraordinary pedigrees in the breed based on the performance of his relatives. His dam is the only cow in the breed with three sons to sell for $40,000 or more. His aunt (dam’s full sister), is the record priced mature cow of the Angus breed, selling for $54,000 to East West Angus last year. His grand dam, Prue C48 had sons and daughters aside from H112 & H113 that sold for $15,000 or more on several occasions.

With genuine genetic diversity, a pedigree beyond compare, a balanced and versatile data set, virtually perfect structure and a phenotype to die for, Nectar is the Hector son the breed has been looking for. 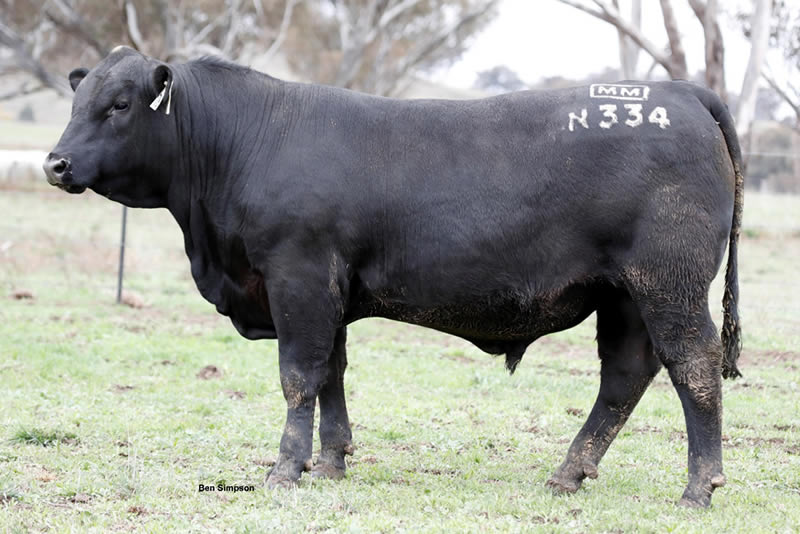 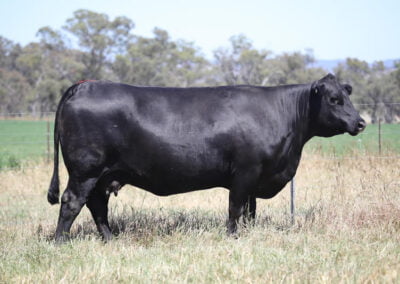 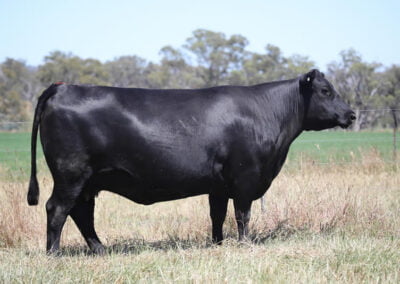 Full sister to Nectar’s dam, Prue H112. She sold for the $54,000 record price for a mature Angus female to East West Angus. 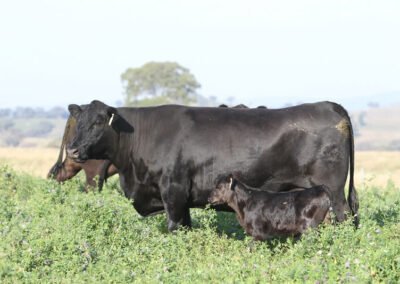 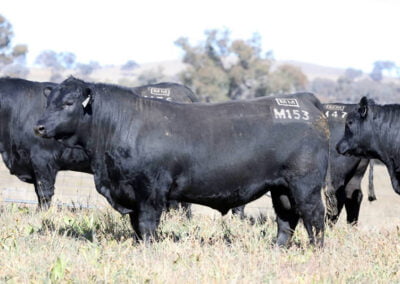 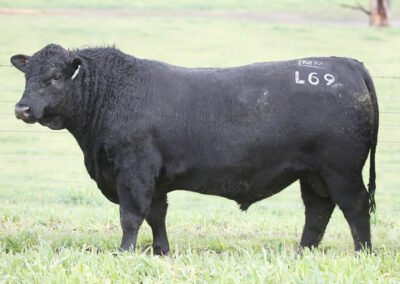