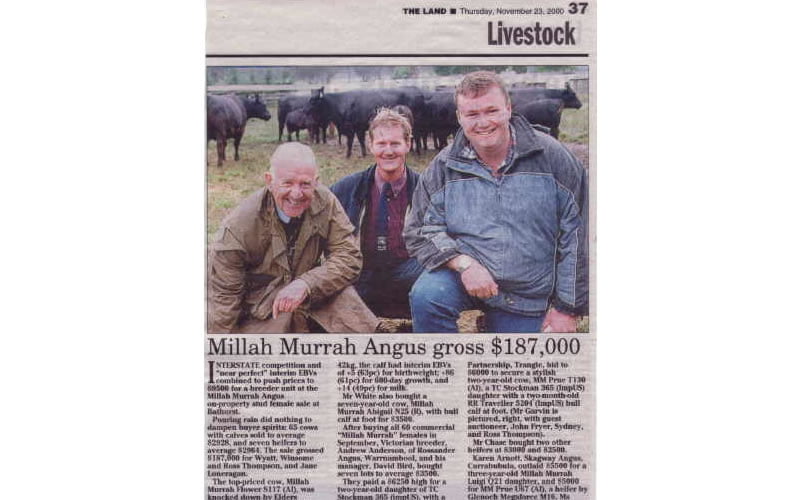 Interstate competition and “near perfect” interim EBVs combined to push prices to $9500 for a breeder unit at the Millah Murrah Angus on-property stud female sale at Bathurst. Pouring rain did nothing to dampen buyer spirits: 65 cows with calves sold to average $2928, and seven heifers to average $2964. The sale grossed $187,000 for Wyatt, Winsome and Ross Thompson, and Jane Loneragan.

After buying all 60 commercial “Millah Murrah” females in September, Victorian breeder, Andrew Anderson, of Rossander Angus, Warrnambool, and his manager, David Bird, bought seven lots to average $3500. They paid a $6250 high for a two-year-old daughter of TC Stockman 365 (imp US), with a two-month-old heifer calf at foot by RR Traveller 5204 (imp US).

“The Millah Murrah stud cows have some interesting calves at foot and bloodlines we haven’t got,” Mr Anderson said.

The sale was conducted by Elders.